People say time flies but on December 26th, 2015 the team of Serosoft paused their time as the much awaited event of the year- Sero Offsite happened on that day. Serosoft has always come up with various fun filled and enjoyable events throughout the year 2015 for its employees to be refreshed and charged up, but the Annual event was a wonderful way to celebrate the upcoming New Year 2016 and also to make a happy ending note for year 2015.

Like any other event in Serosoft, this event too was directed with a proper planning and this time to make the event successful a team of 4 Serosofters were appointed who took the charge to design and make the itinerary for the entire event. This time we planned to make the annual event around sports theme by including sports activity in the event. The planning team did a manthan on this along with continuous management feedback to come up with the final itinerary of the event. Venue of the event was a sprawling farmhouse which was located on bypass. Total 6 sports activities were planned for the event. The entire staff of Serosoft was divided into 4 teams namely Red Bulls, Blue Waves, Black Thunders & White Tigers and a colour code was given to each team to differentiate amongst themselves. HR (Mrs. Poonam) informed the employees about the same a day before the final annual event took place. Finally D Day arrived, all Serosofters reached the farm house on time and then there was a whistle given to start the first activity which was ‘Chase with Chain’. Mr. Mrinal & Mr. Anand, from event planning team, took the responsibility of scorer for coordinating the events along with HR who ensured that events happened in a smooth flow. Right from first activity all Serosofters were fully enthusiastic about participating in the event and to bring up the best sportsman out of him/her. The first activity was won by team ‘Red Bulls’ and the runner up was team ‘Blue Waves’.

Second activity was “Javelin Throw” which was a fun and new experience to some of them where they checked the muscle power in them by throwing the Javelin as far as possible. Mr. Deep from team Blue Waves did best in that by throwing the javelin 117.8 feet and emerged as the most Sergei Bubka of Serosoft. Refreshments were also served through the activities to make sure that people keep charged up all times. The third activity which was Tug of War was again a check on the strength of a person. Team Blue Waves was leading throughout the league matches. Team Red Bulls managed reaching the Finals with Team Blue Waves. And then, it was the Finals which turned the game and Team Red Bulls emerged as the winner in Finals. Fourth activity, Thief of Handkerchief, was a fun cum strategy based game where all teams went back to their childhood days while playing. Team Blue Waves won this event. Fourth activity which was Relay Race, relay checked who can run fastest along with proper coordination within the team. Team Blue Waves again became the winner in this. Next activity was musical chair which was fun cum musical event where people enjoyed the music along with the event. Team White Tigers bagged the winner’s medal in this event. Last but not the least the final event of the annual offsite day was Dumb Charades where Team Red Bulls emerged as winners. There was also a trophy to be rewarded to the best team of the event. Excitement reached its zenith when Team Blue Waves & Team Red Bulls stood at equal points to claim the Best Team Trophy. A Tie-breaker game of Dumb-Charades with a different flavor was organized to find the Final Winner. Finally, the beautiful trophy went to Team Red Bulls for their remarkable performance during the entire activities and eventually raked highest points in the end.

The event ended with a delicious dinner served for the team. Must say people had great fun and they cherished each and every moment of the annual outing day. In the end everybody thanked Mr. Arpit and Mr. Siddharth (top management of the company) and the coordinators for such a wonderful event planned for them. 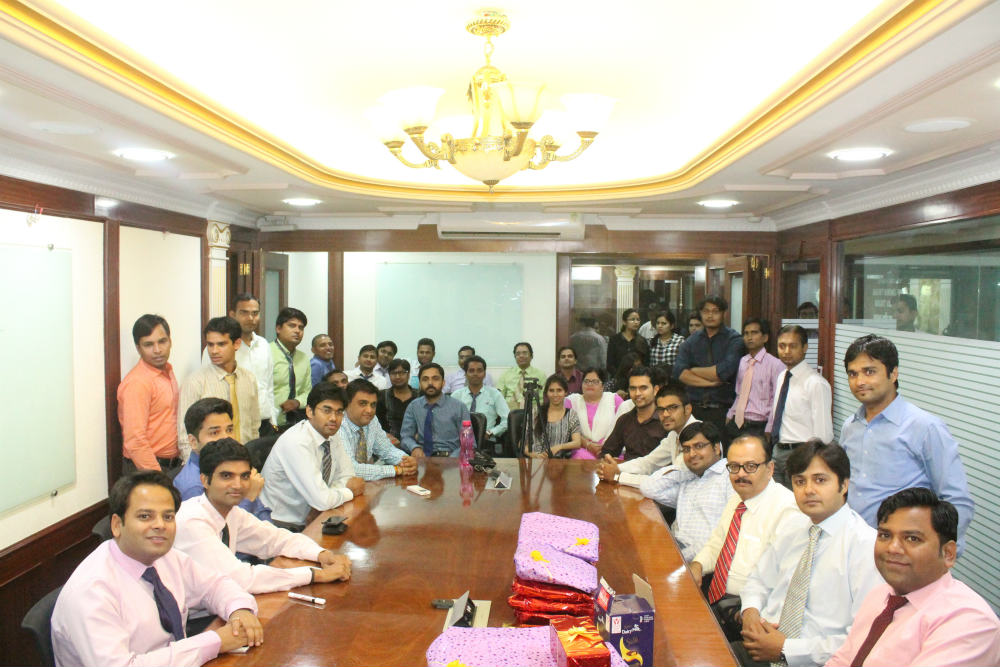