SCORA 2018 A Night to Remember

The hype was building up rapidly in the last few weeks before the event and was almost unbearable when the new year hit. AND didn’t the night of 5th Jan live up to the hype! The grand occasion felt nothing lesser than a mega star-studded event. The themed and well-decorated venue mesmerized the guests as they found themselves glaring at it. Serosofters accompanied by loved ones graced the occasion as the night grew chillier.

The awards night started with an address by the CEO. Insights on business industry trends, key achievements & overall roadmap for the company were showcased. The host charmed us with excellent stage presence and little fun games to keep all entertained throughout the event.

The scale of this year’s SCORA was at another level with 6 two-wheeler beauties awaiting their deserved winners. The audience predicted almost all of them. The winners had already won before they were announced, listening to the crowd fan-chanting their names. Isn’t that we all dream of?

This wasn’t it in the awards category. The prestigious Serosoft Culture & Academia Knowledge awards made their way too. A true testament to all the hard work put together with keeping Serosoft culture and product knowledge on display throughout the year.

And the performances! Just one word – wow. The energetic dance numbers were cleverly chosen to enthrall an already excited audience and the dance group pulled it off with finesse. The band with mashup of retro-modern songs was a hit too, hitting the right chord with the audience, as they connected and hummed together and cheered passionately for their co-worker’s extracurricular skills. The cult Ab to aadat Si Hai Mujhko by the CEO was jaw-dropping & impressive at the same time. Our rockstar CEO!

Did I forget to mention the Ramp Walk? Nope. Grace blended with swag was all on offer. Couples found themselves moving on the tunes of a fun gameplay. And suddenly the most well-dressed ladies & gentlemen were flaunting their swag on the stage and around the 6 award beauties. Soon we had the winners of Mr. & Ms. SCORA titles among ourselves. Excellent memory minutes.

THE GLIMPSE OF SCORA 2017 The Grand Bhagwati was chosen as the venue for last year’s event to set the stage for unveiling the journey and what we aspire to achieve in the years to come. The evening started with a speech by the CEO & MD – Mr. Arpit Badjatya addressing on the journey so far and how the organization has evolved by diversifying its offerings & geographical reach along with the use of innovation & cutting-edge technology. This was followed by Employee Rewards & Recognition (R&R)- Four awards were distributed for significant service tenures in the organization (for completing 5 years) and seven awards for Outstanding Performances during the year comprising of ‘Serostar, ‘Team Roker’ , Sero Culture, Best Academia Knowledge & ‘ Sero Rookie’. This was followed by an array of cultural events where employees across the organization gave impeccable performances through multiple dance forms, songs & stand-up comedy. After a long fun-filled time at SCORA 2017, the team gathered together for selfie over dinner.

Looking at the fun we had last year, this year it will be of course one step ahead of it. This year no Serosoft is going back home empty-handed, there are a lot of surprises coming along the way. Not just this, also Serosoft is going to have a fun-filled night that no one has witnessed yet with the thematic decor, glittering dress codes and so on.

Celebrating company success is important but recognizing the people who made it happen is Amazing feeling!!! Let’s be ready to feel the joy in SCORA 2018!!! Coming Soon!!

The crowd let loose in the final minutes, occupying the stage and immediate surroundings with their energy. Within seconds all of us found themselves shaking a leg or two on the catchy Badshah-esque dance numbers. Some eye-popping moves were also captured; potentially dank meme material.

The sanity prevailed when we realized it was time to have something for the stomach. The food was delicious with varieties of seasonal & contemporary cuisines ruling the dining counters. Finally, it was already past midnight & time to wrap up the proceedings. The Sero Rockers rode on their bikes and vanished into the dark & chilly night.

We all left with moments worth cherishing over the years.

And deep inside all of us, the wait for SCORA 2019 had already begun. 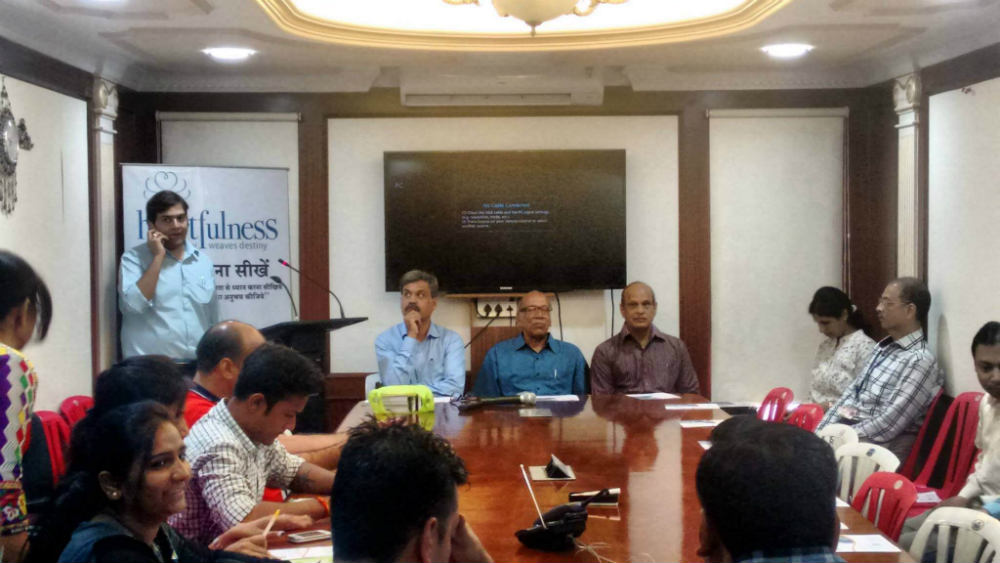